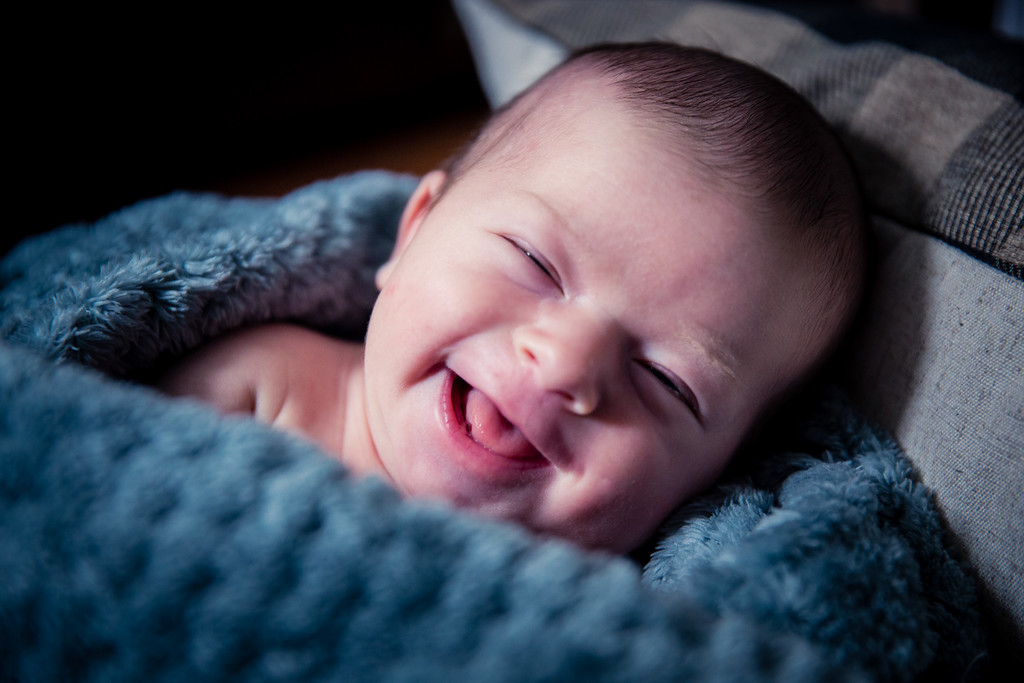 When people asked me during my pregnancy if I was scared of experiencing labour for the first time, my answer was always “no”. I knew, of course, that it would be painful, but I was always confident in what my body was capable of and I expected to have a delivery without complications. Then, as I went past my due date by a few days, then a week, then over a week, I began to wonder if this baby would ever make his entrance!

After meeting with an OB and scheduling an induction for January 31st, I finally went into labour on my own on January 27th, 2017, ten days past my due date. My contractions began as little twinges around 6:00 am, and by 8:00 am I knew it was the real deal, as they were coming every 8 minutes and became increasingly strong as time went by.

I went for a long walk with my sister at the arena, then came home to continue labouring with my husband’s help (which basically meant that he ran around frantically cleaning the entire apartment and casting excited glances my way).  I spent most of my time bouncing on my exercise ball while watching all of my favourite birth episodes of various sitcoms, getting in and out of the tub when they got stronger.

I called my midwife, Pooja, around 11:00 am because my contractions were coming 4-5 minutes apart, but she could tell by talking with me that they weren’t strong enough for concern. Around 2:30 pm I began having a more difficult time talking through the contractions, so my husband called Pooja again to come check on me at home. It was amazing to get to continue labouring at home for as long as possible, and made it feel like such a natural process. When Pooja examined me, I was 3-4 cm dilated, so I decided to keep labouring at home, walking around the apartment and spending a lot of time in the bath.

I had always been told I would “just know” when it was time to go to the hospital, but by 5:30 pm I still wasn’t sure if I was in active labour because my contractions were getting closer together but weren’t as unbearable as I expected them to be. At my husband’s urging we decided to go to the hospital anyways, and thank goodness we did! When I arrived and met up with Pooja we were both shocked and thrilled to discover that I was already 9cm dilated! This gave me a real boost of confidence that I could do this, and that I had made the right decision to have a medication-free labour.

Pooja and a student midwife, Amanda, showed us to the hospital room, and my husband and I were both impressed by how large and private it was. I laboured for another hour, trying various positions to help get through the contractions. I found standing and leaning against the bed while my husband or Amanda put pressure on my hips to be the most helpful. I also had been told that it helps to talk to your body and acknowledge the pain with an, “I hear you, man!”, rather than try to simply grit your teeth and bear it. After an hour, Pooja broke my water to help me dilate the last centimetre. When they broke my water they knew right away that there was meconium (baby’s first poop) in the amniotic fluid, so they called the paediatrician to give her a heads-up that we might need her at the time of the delivery. In this time another student midwife, Christine, arrived. I was excited to see her because I knew her outside of the clinic and was happy she’d be a part of the birth!

I started pushing around 7:45 pm, and this was the part that really surprised me. When people now ask me about my labour and delivery, I tell them that the actual labouring was not as terrible as I expected, but I was not prepared for how long I would be pushing. After an hour of pushing we just started to see his head, and I knew that my mother had never pushed longer than 20 minutes with any of us three kids. I found this discouraging but, even so, there was never a point that I felt I couldn’t do it. It gave me courage to think about how many women had done this before me, and how many would do it after me.

My midwife and students all contributed to my confidence in different ways. Pooja’s sense of humour kept the atmosphere light (and almost fun!), and I loved her matter-of-fact approach to labour and delivery. Amanda had a trick of pushing on either side of my hips while I was experiencing contractions that made them much more bearable, and Christina was so personal and calming to have in the room. We also tried a few different techniques to help. At one point, we used a towel to “play” tug of 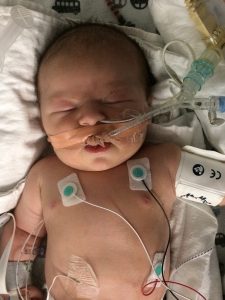 war, and I would pull on the towel as hard as I could every time I pushed. I found this very helpful (although my biceps paid for it the next day)! My husband was also a wonderful support. I had expected to want to spend most of the labouring time on my own, as I am a fairly independent person. I was surprised by how much I wanted him there, and how even having him simply bring cool cloths to place on my head helped me feel like I wasn’t doing this alone.

After an hour and a half of pushing, a new sensation started, which Pooja accurately referred to as “the ring of fire.” This phase felt like it lasted an eternity, but in the end that was a good thing because it gave my skin time to stretch, resulting in very minimal tearing (a blessing when you are trying to deliver a 9 lb baby)! At 9:00 pm, Pooja asked if I would like to feel my son’s head, and she brought my hand down to feel his fuzzy hair. This moment was so encouraging! He was right there and ready to make his appearance, and it gave me the strength to keep pushing. Around 9:15 pm, his head finally emerged and the midwives saw that his cord was wrapped twice around his neck. Pooja had it unwrapped almost before I realized what was happening, so I never felt concern. However, we then hit a bit of a road block because his shoulder was stuck in my pelvis and he wasn’t budging. There was a short, scary moment where Pooja thought they were going to need to push the buzzer for assistance. Suddenly, though, I heard her say, “Wait! I think I’ve got him,” and she was able to hook her hand under his arm and pull him out while I gave a final push. The feeling of him coming out though was the most relief I’ve ever experienced, and I have no doubt that it was Pooja’s high skill level that prevented the need for intervention. 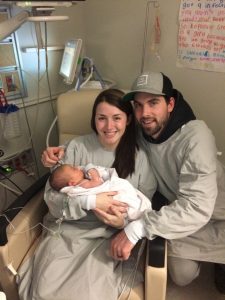 ad planned to place our son directly on my chest after birth, but unfortunately Samuel was born with meconium aspiration syndrome, meaning he couldn’t fill his lungs with enough air at birth. I didn’t get to see him or hold him as I had always imagined, and we really didn’t know the severity of his condition for several hours. Throughout this, my midwives took care of my physical and emotional needs, offering comfort and support to my husband and me. While we waited for news, I delivered the placenta and was stitched up, neither of which were nearly as painful as I had imagined. Our midwives stayed with us until the wee hours of the morning, and then we tried to get a couple hours of sleep while we waited to see our son. We finally saw Samuel at 4:30 am, and at 5:00 am he was transferred to London Health Sciences Centre, where we stayed 11 days for follow up.

During our stay in London, my midwives kept in contact with me through texting and phone calls, answering any questions and offering emotional support. They were incredible! I felt truly cared for, and my husband was especially grateful that I was receiving the care I needed in such a difficult time. I would have been thankful for the midwives if our delivery had been without complications, but I was even more thankful for them when my son’s delivery turned out to be a little more difficult than I had anticipated!